Kit Rocha has done it again with Deacon, the second book in the Gideon’s Riders series. This sexy, smart, and action packed read will have you flipping the pages in anticipation of all kinds. 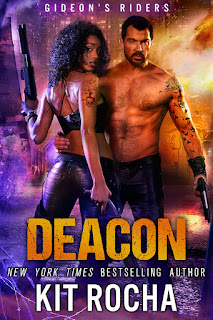 Set in the dystopian landscape we know as the Sectors, Gideon’s Riders are the personal guard of the Rios family, the sacred family of Sector One. Deacon is the leader of the Riders, personally appointed by Gideon himself. While his past demons give him plenty of torture material, his present torture comes as the result of his attraction to fellow Rider, Ana. Meanwhile Ana is dealing with the pressure of being not only the sole female and a legacy Rider to boot, but the ramifications of acting on her attraction to her superior Deacon, which could ripple uncontrollably through her life.


When it looks like Deacon’s past is coming back to haunt him and the other Riders, he has some serious decisions to make. On top of all of this, Ana is working closer to Deacon than ever and their chemistry is boiling out of control. 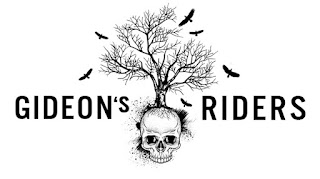 This was so good. It was everything you come to expect from Kit Rocha: Steamy scenes, ridiculous action, the perfect amount of angst, and an HEA that the characters deserve. It’s always nice to get a glimpse into what’s happening in other storylines and other sectors; we get to see Six and Bren (yay!) and even get a little taste of the chemistry between the couple in the next book. Of course, I can’t wait.  I have said it before but I have to say it again: one of the many things I love about reading a Kit Rocha book is that their world is so diverse. The time is taken to have characters from all walks of life, all cultures, and quite often people who don’t look the same fall in love, just like in real life! Keep it up, and I will keep reading! 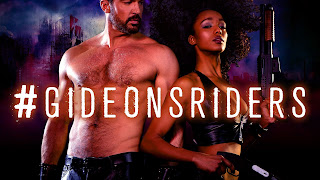 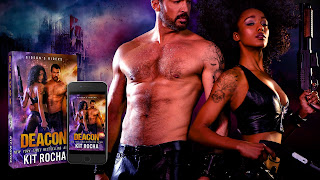 Ana has trained most of her life to achieve one goal: to prove that anything men can do, she can do better. Now she’s Sector One’s first female Rider, and being the best is the only way to ensure she won’t be its last. Distractions aren’t allowed–especially not her painful attraction to the reserved but demanding leader whose stern, grumpy demeanor has already gotten into her head.
Deacon has spent the last twenty years trying to atone for his past, but the blood he spilled as a mercenary and assassin will never wash away entirely. If his Riders knew the extent of his sins, he’d lose their trust and respect. It’s easier to keep them all at arm’s length, especially Ana. But his newest recruit’s stubbornness is starting to crack his defenses.
And their sparring matches are driving him wild.
The passion sparking between them can’t be denied, but neither can the vengeance barreling toward Deacon. When his old squad comes back to punish him for his betrayal, Ana and the Riders are squarely in the line of fire. The only way to save his people may be to make the ultimate sacrifice.
But first, he has to convince Ana not to follow him straight into hell.
Posted by Miss Boxy Frown at 12:49 PM No comments: